Should You Buy The Dip?

Have you ever heard that over the long term stocks average 9-10% annual returns? I have. The problem is that almost no one asks, “What is considered the ‘long term’?”

Because of the tremendous amount of volatility, which is typical of the stock market, the timing of your buy is incredibly important.

Therefore, the recent correction in stocks should bring up the obvious question: Is now a good time to invest?

The reality is, almost all long-term historically accurate predictive measures show that stocks are still clearly over-valued, despite the recent pull back and the incessant rhetoric we hear everyday from pundits on CNBC.

Does a high P/E (price/earnings) ratio mean that stocks are going to correct? No. Many times throughout history, abnormally high P/E markets can increase for years without a significant correction. Timing your investment strategy solely on this metric can cause trouble. However, over the long run, the reversion to the mean always takes place.

Now, let’s take a look at four of the other major indicators of where we are in terms of the market’s affordability…(Compiled by Doug Short)

1) The Crestmont Research P/E Ratio – This methodology uses the relationship between earnings per share and gross domestic product to adjust for business cycles.

2) The Cyclical P/E (P/E10) – This metric is calculated by taking the price of the stock market divided by the 10-year inflation-adjusted average of earnings.

Currently, this data suggests that stocks are trading 46% above their historical trend (current average of 24.3 / historic average of 16.6).

3) The Q Ratio – This ratio is the total price of the market divided by the replacement cost of all its companies.

“To put this in perspective, the all-time Q Ratio high at the peak of the tech bubble was 1.64, which suggests that the market price was 136% above the historic average of replacement cost. The all-time lows in 1921, 1932, and 1982 were around 0.30, which is approximately 55% below replacement cost. That’s quite a range. The latest data point is 37% above the mean and is now in the vicinity of the historic peaks that preceded the tech bubble. “ – Doug Short

“The peak in 2000 marked an unprecedented 143% overshooting of the trend — nearly double the overshoot in 1929. The index had been above trend for two decades with one exception: it dipped about 14% below trend briefly in March of 2009. But at the beginning of February 2016, it is 73% above trend, which is below the middle of the 77% to 92% range it has been hovering at for the previous twenty months. In sharp contrast, the major troughs of the past saw declines in excess of 50% below the trend. If the current S&P 500 of 1,917 were sitting squarely on the regression, it would be around the 1098 level” – Doug Short

Now let’s take a look at these four metrics together. (You will notice they track very closely to each other, despite significant differences in their formulas.)

Based on these four indicators, the range for stocks currently being overvalued is somewhere between 46%-78%. Not good news if you are thinking about “buying the dip.”

Here we can see an average of four valuation indicators suggesting stocks are 59% above their historical mean.

Looking at all this data, I do not see a valid way to justify claiming that stocks are a good investment right now, much less a “screaming buy.” However, I want to make it clear that in the short term it is very unpredictable which direction stocks will move. For example, you could have looked at these same metrics in 1998 and come to the conclusion that the market was due for a pull back. As we now know, anyone that took aggressive short positions in 1998, especially in the Nasdaq, would have suffered two grueling years before things started to turn in their favor. It is really important to remember, though, the vast majority of the time investors take a big bet on “things being different this time,” they lose money. 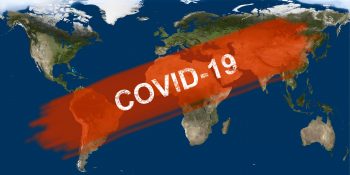 How Will COVID-19 Impact the Major Real Estate Asset Classes?

Fellow Investors, I hope you are doing well and staying safe during these challenging and uncertain times. As concerns surrounding… 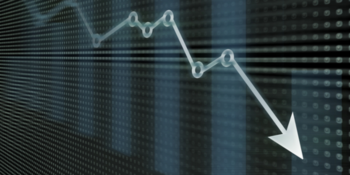 What are “recession-resistant” real estate investments?

Did you know that real estate has created more millionaires than any other asset class? What you may NOT have…