You may have heard the phrase “The Fed has painted itself into a corner,” but what does that mean? For years, we’ve listened to The Fed discuss how the goal was to return interest rates to their “normal” levels. However, now we are on the verge of another rate reduction. The quantitative tightening that The Fed was engaging in during 2017 has come to a close, and it could be the case that it never returns.

Our guest for today is Richard Duncan, who is the author of three books on the global economic crisis, The Dollar Crisis, The Corruption of Capitalism, and The New Depression. Richard has worked as a financial sector specialist for the World Bank and has been a consultant for the IMF in Thailand during the Asia Crisis. He has appeared frequently on CNBC, CNN, BBC, and Bloomberg Television as well as on a variety of other media outlets, conferences, and economic forums.

Today we are going to discuss… 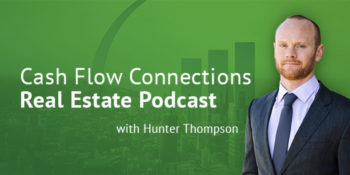 In this Monday Minutes episode, Hunter discusses why he takes it easy on his guests rather than push back against…

E237 – Reasons We Are NOT Headed For A Great Depression